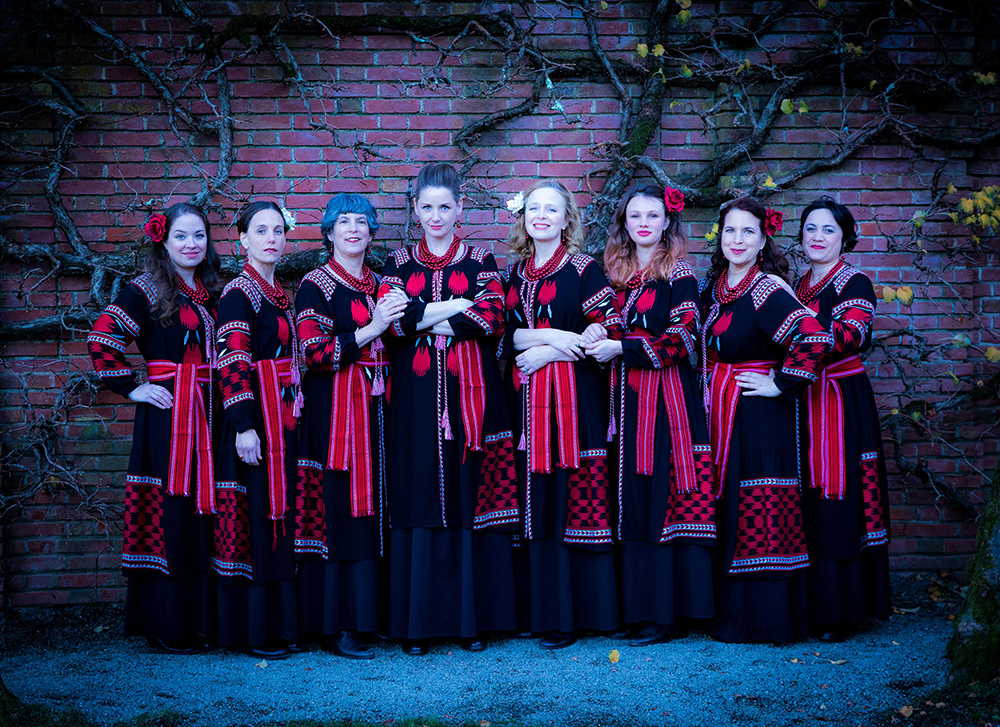 Wintersongs is Kitka's critically-acclaimed and wildly popular winter program showcasing music from a wide variety of Eastern European ethnic and spiritual traditions. For countless centuries, people around the world have utilized the power or community singing to infuse warmth, cheer, spirituality, wishes for peace, health, and good fortune into the long, dark, cold and difficult winter season. Eastern Europe's geographic position as a crossroads between Europe and the Orient has produced an astonishingly rich and varied array of seasonal musical rituals.

Traditional pieces will be woven together with new folk song arrangements and original compositions by Kitka members and contemporary American and Eastern European composers, all inspired by the customs, beauty, and mystery of wintertime.

"Holiness that is earthy, exotic. This is the vocal power of the women of Kitka, a mesmerizing ensemble. Kitka taps into something primal and dramatic. Ancient ritual songs, Bulgarian hymns sung in Old Church Slavic, and Romanian folk songs are voiced in dynamic tension and release-rising from delicate stillness to riveting chordal explosions of the human voice." - Sacramento News and Review

"This internationally recognized women's vocal ensemble has developed a massive repertoire of Eastern European folk songs, presented as a joyous reminder that music-making is a sacred act and a communal celebration." - San Francisco Weekly