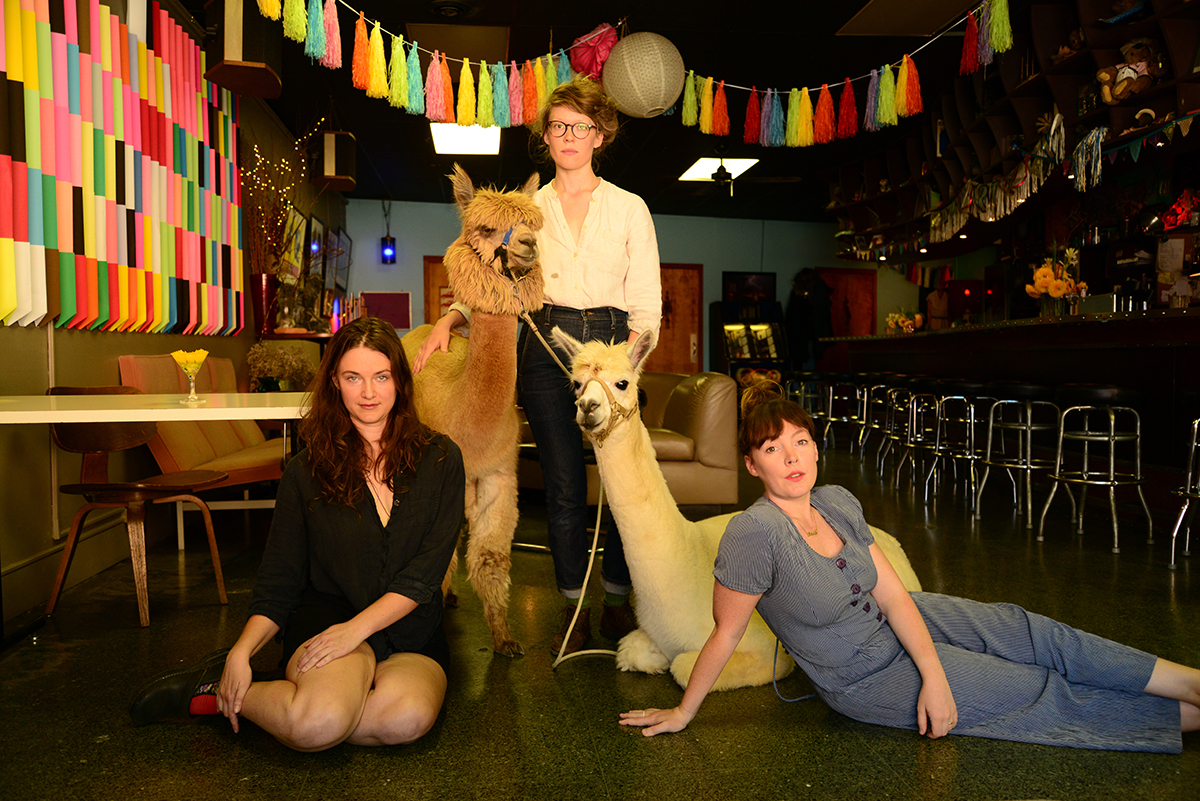 Mountain Man did not intend to disappear for the better part of a decade, or to take eight years to release its second album, Magic Ship. But for a trio of devoted friends for whom music has always seemed so effortless and graceful, that's simply how life went. The wondrous Magic Ship—a magnetic fourteen-song reflection on the joys, follies, and oddities of existence—was well worth the wait.

In 2009, when she was a student at a small liberal arts college in New England, Amelia Meath heard a gorgeous sound coming from the living room of her dormitory. She raced downstairs to find Molly Erin Sarlé singing "Dog Song," a tender tune about lust, longing, and responsibility. Meath demanded that Sarlé, nearly a stranger, teach her the tune, which she, in turn, taught to a friend, Alexandra Sauser-Monnig. The next time the pair saw Sarlé, they sang "Dog Song" to, and then with, her. And so, Mountain Man was born.

The three weren't quite yet friends when they performed, recorded, and even toured for the first time, but they each felt the chemistry within their combined voices, a sense of artistic kismet and kinship that some spend lifetimes seeking. Acclaim came quickly, with their debut—2010's Made the Harbor, humbly recorded on rickety equipment in an abandoned factory—earning praise from the New York Times and the Guardian and prompting big tours.
But before they could return to the studio, post-collegiate life intervened: Meath moved to Durham, North Carolina and eventually started Sylvan Esso. Sarlé headed for a Zen center along the California coast. Sauser-Monnig returned to Minnesota, then decamped to a farm in the North Carolina mountains. They kept in touch with near-weekly conference calls, growing as friends while taking a break from making music together. When Sarlé was ready to leave California, though, Meath and Sauser-Monnig implored her to return east, saying they would even fly to her and drive with her across the country, so long as she settled in North Carolina.

Together as friends, not as a band, the three made an all-American road trip. They camped beneath endless desert skies and partied with true New Orleans abandon. Finally home, they focused first on their relationship, singing together only as an extension of this personal reunion.

At last, they tested their again-blossoming friendship onstage in the summer of 2017 at the Eaux Claires music festival. On a tiny, cabin-like stage tucked into a forest, where audiences of a few hundred are considered big, Mountain Man captivated several thousand, with people climbing trees and fighting through stinging nettles to catch a glimpse or whisper. Hanging on every note and between-song quip, the crowd stood transfixed and silent—a festival miracle, there in the woods. And so, Mountain Man was reborn.

Months later, the trio reconvened at Meath's home studio in Durham for two recording sessions, each bringing songs destined to be sung with old friends. The result, Magic Ship, is every bit as captivating as that day onstage: The stunning "Boat," where cooing harmonies frame Sauser-Monnig like drapes around a sunny window, sees a world of possibility in a little vessel along the riverbanks. The dashing "AGT" finds inspiration in flower blooms and bumble bees, discovering in the sights of nature a pure self-reliance. The magnetic "Rang Tang Ring Toon" celebrates a night spent hosting friends, sharing beans and music, and a skinny dip under the stars. There is sincerity and humor, depth and mirth, all rendered with three voices that have never been more connected.

These songs distill eight years of experience between Made the Harbor and now—of sights seen, pleasures had, feelings hurt, forgiveness extended. These tunes are wise and tender, open and honest. Magic Ship conveys absolute warmth—like a snowbound afternoon spent indoors, passing a bottle of brown liquor between friends while putting old favorites on the turntable, or a long summer evening spent lounging beneath a shade tree, swapping stories and sharing laughs until the sun has vanished.

At a moment when the way forward for the world seems uncertain to the point of unraveling, when it feels that decades of impetuous decisions are catching up to the society we've created, Magic Ship offers a necessary sort of return and reassurance, a promise that goodness and truth remain available in our least-mitigated forms of expression. A weekend morning spent with a lover in bed, an innocent memory of pure childhood delight, a threadbare shirt from your parents: These are the experiences that Magic Ship so candidly shares, the moments of splendor that make the struggles worth it.
—Grayson Currin 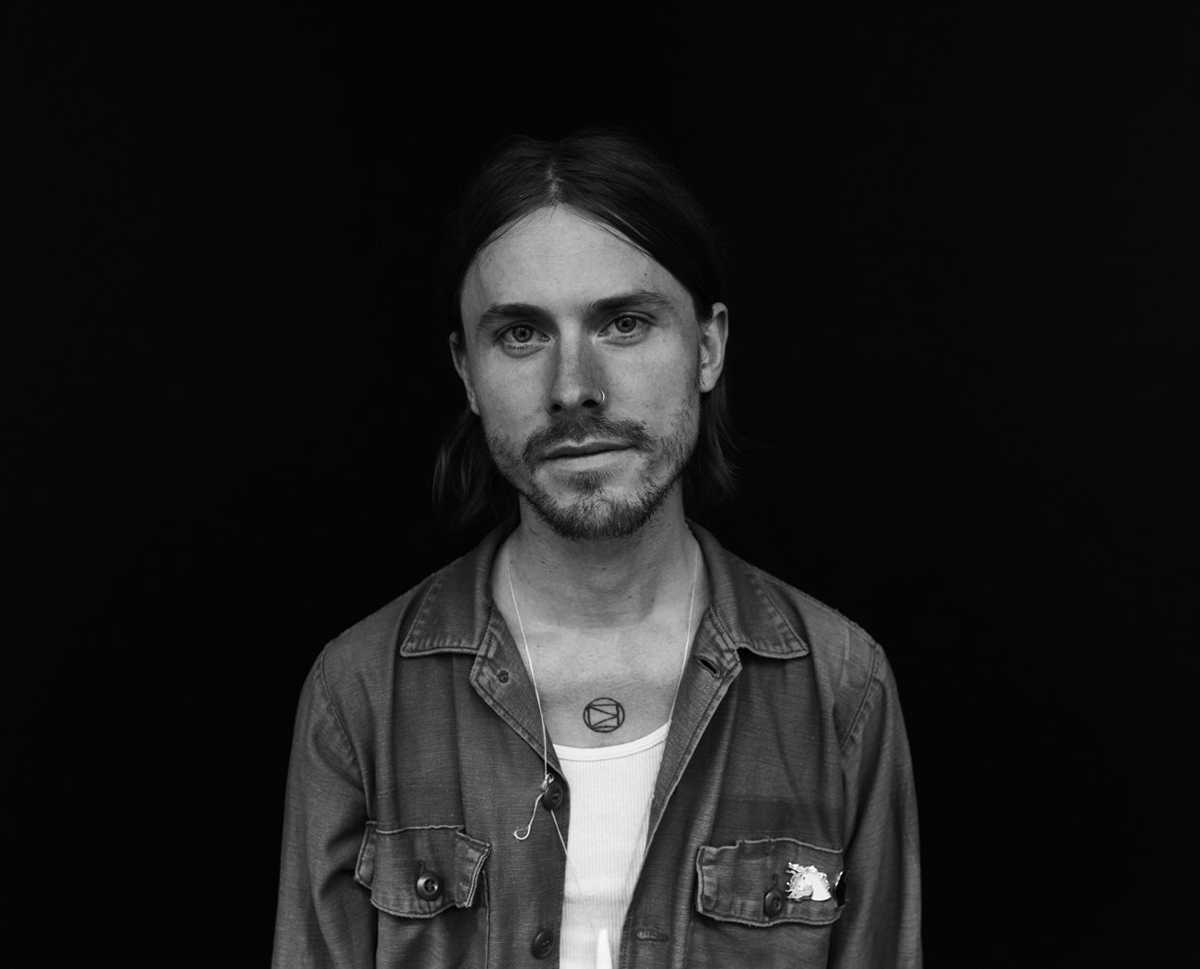 Ryan Gustafson remembers very little about the origins of the ten songs on Unsung Passage, his profound new reflection on the emotional architecture of love, loneliness, and life at large.

He mostly knows that the songs were written during quick spans scattered between various tours of the last two years—as a supporting guitarist for his kindred North Carolina spirits Hiss Golden Messenger and Phil Cook's Guitarheels and as the leader of his own long-evolving vehicle for a beautifully fractured vision of folk, country, blues, and cosmic American rock, The Dead Tongues. Gustafson's third and best album under that name, Unsung Passage depends more on the songs themselves than the sounds around them. It is a first-person reckoning with the things Gustafson, a chronically peripatetic adventurer, has seen enough to sing about.