Božo Vrećo - An Evening Of Sevdah 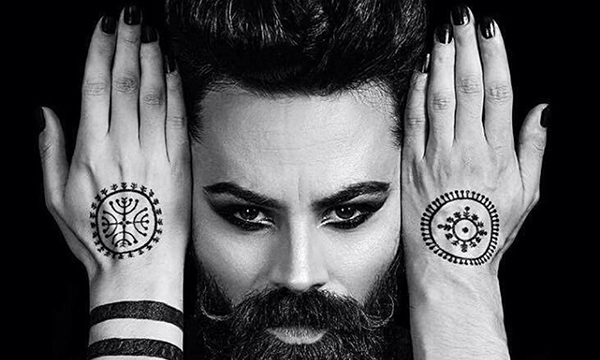 Božo Vrećo, superb performer, author, and composer of Sevdalinka, a traditional genre of folk music from Bosnia and Herzegovina, is noted by the New York Times as a synonym of complete freedom.

For over 50 years, no one has ever dared to make changes to the existing Sevdah and to write a new lyrics inspired by the centuries-old Sevdah lyrics, but Božo Vrećo, a renown musician of the new generation, has been highlighted as the most interesting and best-known interpreter and songwriter of recent times.

This lyrical tenor with a huge vocal range, unusual voice and visual identity triggers storms of enthusiasm and inspires his audience. One the main proofs are his sold-out concerts in a well-known concert halls and theater venues all over the world.

Božo Vrećo is a man and a woman, and this duality can be seen in all segments of his creation.

“The artist of angelic voice, who heals the soul and opens the heart” - New York Times