Martin Hayes is known worldwide for his soulful interpretations of traditional Irish music. NPR calls him "one of the best fiddlers on the planet." His ability to convey the relevancy of an old form with emotion and urgency has made him an undisputed master of Irish music. Hayes has collaborated with Paul Simon and Sting, the jazz world's Cassandra Wilson and Bill Frisell, viola da gamba player Jordi Savall, and with Yo-Yo Ma's Silk Road Ensemble on the Grammy-winning album "Sing Me Home." He is a founder of the award-winning Irish-American group The Gloaming.

The Martin Hayes Quartet opens up and explores the Irish tradition with music that resonates as both venerable and strikingly new. The new group expands upon many of the musical ideas Martin has pursued in his renowned and longstanding partnership with guitarist Dennis Cahill. The melody remains central with an added range of sonic possibilities provided by new instrumentation: the deep mellow sound of bass clarinet, played by the virtuosic Doug Wieselman (Laurie Anderson, Lou Reed, Antony & the Johnsons), and the warm tones of the viola, played by the brilliant Liz Knowles (Bobby McFerrin, Bang-on-a-Can Orchestra, Riverdance). Dennis Cahill provides his essential chords and groundbreaking accompaniment on guitar.

"Liz and Doug add new aural textures and amplify the rhythmic possibilities," says Hayes. "They also allow for a larger role for improvisation."

The new Quartet launched in 2016 with a four-night residency at the Irish Arts Center in New York City. The group released their first album, "The Blue Room," in 2017 with performances in Dublin and London. The press was laudatory, describing the new group as "absolutely essential listening when it comes to the very best of contemporary Irish music" (Arts Desk UK), "especially divine" (The Sunday Business Post), and "nothing short of revelatory." (Glasgow Life)

"I love the chemistry we share as a group. Each performance is unique, spontaneous and buzzing with energy!" adds Hayes. With a wealth of musical experience and exciting new ideas, the Martin Hayes Quartet is simultaneously ancient and contemporary, authentic and probing.

“Beguiling new angles on the tradition. Yet another thought-provoking escapade to relish from Martin Hayes.” - Irish Times 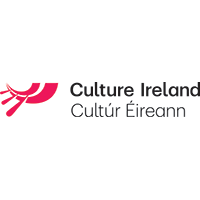