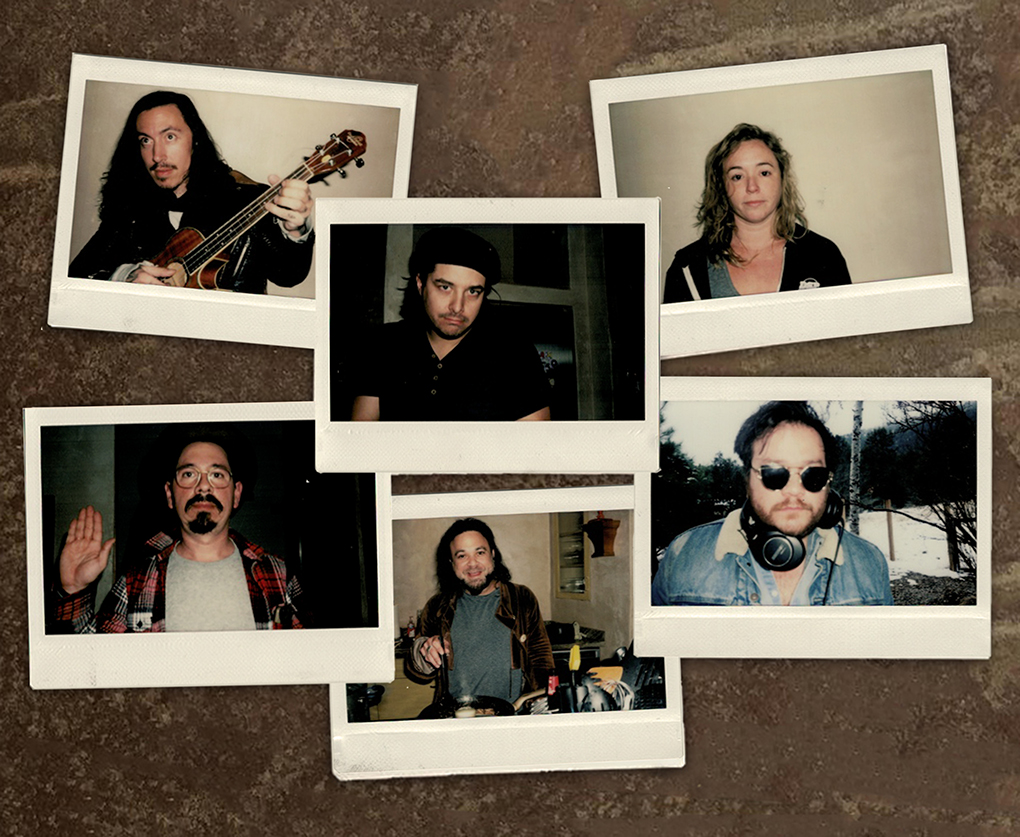 The brainchild of Matthew Logan Vasquez (Delta Spirit), Glorietta was born out of a desire to collaborate with friends that Vasquez has collected over the last ten years. Those friends; Noah Gundersen, Kelsey Wilson (Wild Child), David Ramirez, Adrian Quesada (Brownout, Black Pumas), and Jason Blum came together over the course of nine-day recording session in a rented house in Glorieta, NM – just outside of Santa Fe. “We chose Santa Fe because it was isolated enough to where it would feel like we were at camp” said Vasquez, “the only requirements were that the house had vaulted ceilings and a Jacuzzi.” The players were all connected in one-way or another, some of them old friends, some of them meeting for the first time when they arrived. The days were long with the tape running constantly as the players brought ideas for songs in various stages of completion to their new family of collaborators. Mid-way through the sessions the group was joined by a guest appearance from Nathaniel Rateliff, who drove straight through the night to join the party. The result is a their self-titled debut record; a beautiful mix of voices from six band leaders that fit perfectly together like a low-fidelity puzzle. Their self-titled album will be available everywhere in the summer of 2018.