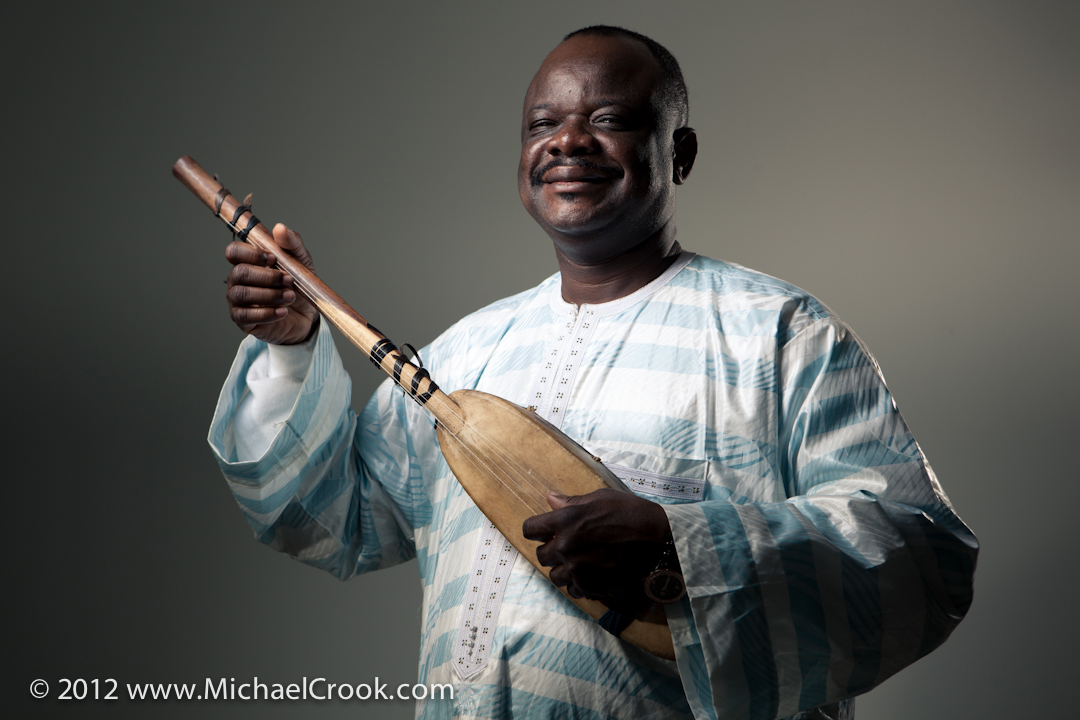 Washington may be chock-a-block with lobbyists and consultants, but only one of them rocks the n'goni, the West African plucked lute covered with animal skin. He advises presidents and the World Bank. He's played for everyone from a struggling couple trying to save their marriage, to the U.S. Congress. He's hobnobbed with American string and Blues legends—from Bela Fleck to Corey Harris—and along the way reunited his beloved instrument with its long-lost grandchild, America's banjo.

“The music we griots play is not just about making nice sounds for dancing, it's about giving a lesson to people about their lives. You tell them about what their grandfathers did, and what they should do now,” explains Diabate, whose griot roots run deep as first cousin to kora master Toumani Diabate, and nephew to legendary Super Rail Band guitarist, Djelimady Tounkara. “People trust the griot more than anyone else.”

Though Diabate may stick to the old-school roles of the griot, his music embraces the panoply of sound he discovered in America, taking him beyond the traditional trio of griot instruments: the n'goni, kora (gourd harp), and balafon (wooden xylophone). He has long explored the connection between America's traditions and his own griot roots. Like many American string players, including Bela Fleck with whom Diabate has collaborated and performed, Diabate noticed the eerie resemblance of his trusty n'goni and the banjo. In 2007, Diabate's collaboration with banjo player Bob Carlin, “From Mali to America” (5-String Productions), led to a Grammy nomination for Best Traditional World Music Album. Yet while many American musicians have traveled to West Africa or picked up the n'goni—thanks in part to Diabate's introductions and instruction—few African musicians have explored the possibilities of the banjo.

Despite his love of new sounds, Diabate knows that the griot remains the same, regardless of whether he's singing under the Washington Monument, or in the shadow of a Bamako minaret (both of which are pictured on the Ake Doni Doni album cover). “When someone is lazy, they see the griot and change their ways. The griot gives you the way you have to go,” Diabate muses. “Even the president never makes a decision without the griot.”