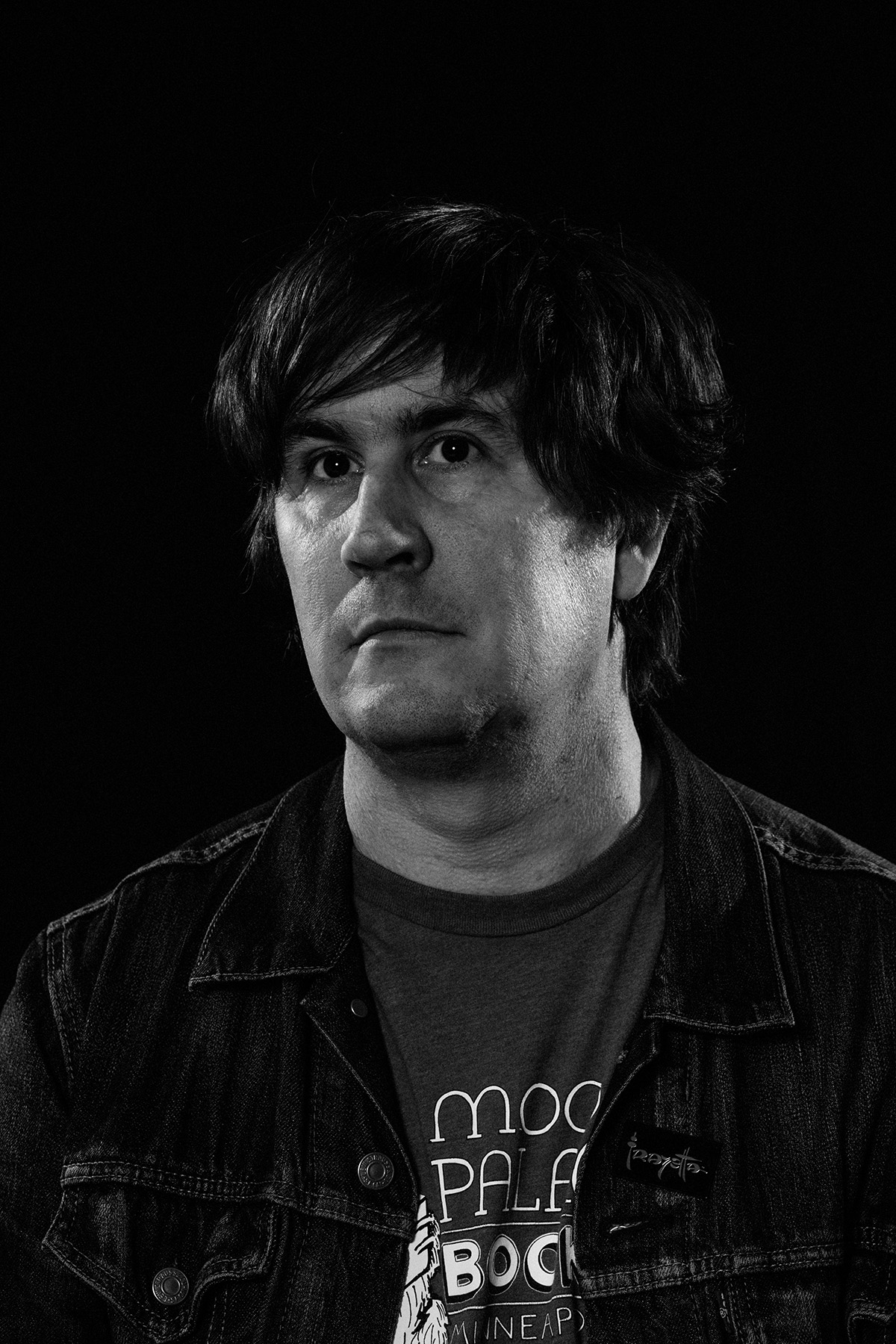 The Mountain Goats have partnered with PLUS1 so that $1 from every ticket goes to support P:EAR Mentor and their work to building positive relationships with homeless and transitional youth through art, education, and recreation. www.pearmentor.org

John called me about playing with the Mountain Goats in 2001.

Not for the first time, mind you. I'd signed on for a couple European tours in 1996, playing bass; the first had gone swimmingly and led to a second, which didn't. Still, a foundation had been laid: John and I, already close friends, had developed over the course of those tours a musical chemistry strong enough that, even five years later, we were still bummed that the only people who got to see it were a handful of indifferent Bavarian villagers. "Do you want to do some recording?" John asked. Yeah, I said. We should totally do some recording.

It turned out to be a fateful conversation. Not more than a week or two later, the venerable London indie 4AD got in touch, and we found ourselves suddenly charged with making an album. In a studio. With a producer.

We spent an intense week at Dave Fridmann's Tarbox Road, with Glasgow's Tony Doogan at the board. There was some give and take. I loved the Mountain Goats, but I'd heard ten years' worth of boombox Mountain Goats albums and wanted to swing for the fences. John was game while insisting that certain defining orthodoxies be preserved. We met in the middle and were both pretty ecstatic with the result: we felt like we'd gone out on a limb, but in a way that stayed true to the spirit of the project. And then Tallahassee came out and we got to read a bunch of articles about our new lo-fi album.

Indefatigable in our efforts to escape the legacy of the Mountain Goats' home-recorded past, over the course of the eight albums that followed we would exploit the production and engineering skills of meticulous sonic architects like John Vanderslice and Scott Solter, become even more of a band with the addition of Superchunk's Jon Wurster on drums in 2007, and flesh out our songs with string and horn arrangements bordering on the Bacharachian.

With Matt Douglas fully on board as woodwinds-and-kitchen-sink guy, we're now a four-piece, and to record this album, our fourth for Merge and the one to which you're presumably about to listen, we went to Blackbird Studio in Nashville, as top-shelf a facility as any on the planet. They have the board Aja was recorded on. When Jon asked about snares, he was told, "We have 200 of them." We had sixteen people from the Nashville Symphony Chorus skip out on a Mahler rehearsal to come in and sing on a song. Sixteen!

The theme this time around is goth, a subject closer to my heart perhaps than that of any Mountain Goats album previous. And while John writes the songs, as he always has, it feels more than ever like he's speaking for all of us in the band, erstwhile goths (raises hand) or otherwise, for these are songs that approach an identity most often associated with youth from a perspective that is inescapably adult. Anyone old enough to have had the experience of finding oneself at sea in a cultural landscape that's suddenly indecipherable will empathize with Pat Travers showing up to a Bauhaus show looking to jam, for example.

But underneath the outward humor, there is evident throughout a real tenderness toward, and solidarity with, our former fellow travelers-the friends whose bands never made it out of Fender's Ballroom, the Gene Loves Jezebels of the world-the ones whose gothic paths were overtaken by the realities of life, or of its opposite. It's something we talk about a lot, how fortunate and grateful we are to share this work, a career that's become something more rewarding and fulfilling than I think any of us could have imagined. We all know how easily it could've gone the other way, and indeed for a long time did.

Maybe that's why John entrusted me with writing the coda to his song about a guy fed up with his major label bosses and contemplating packing it in. You know, the one I sang at the fancy recording studio, into a microphone worth more than I made in a year for most of my life.

Okay, I'm wasting my time, I know. And it's fine-as far as inevitable fates go, I can think of far worse. Please, enjoy Goths, the new album by those preeminent legends of lo-fi, the Mountain Goats!
-Peter Hughes 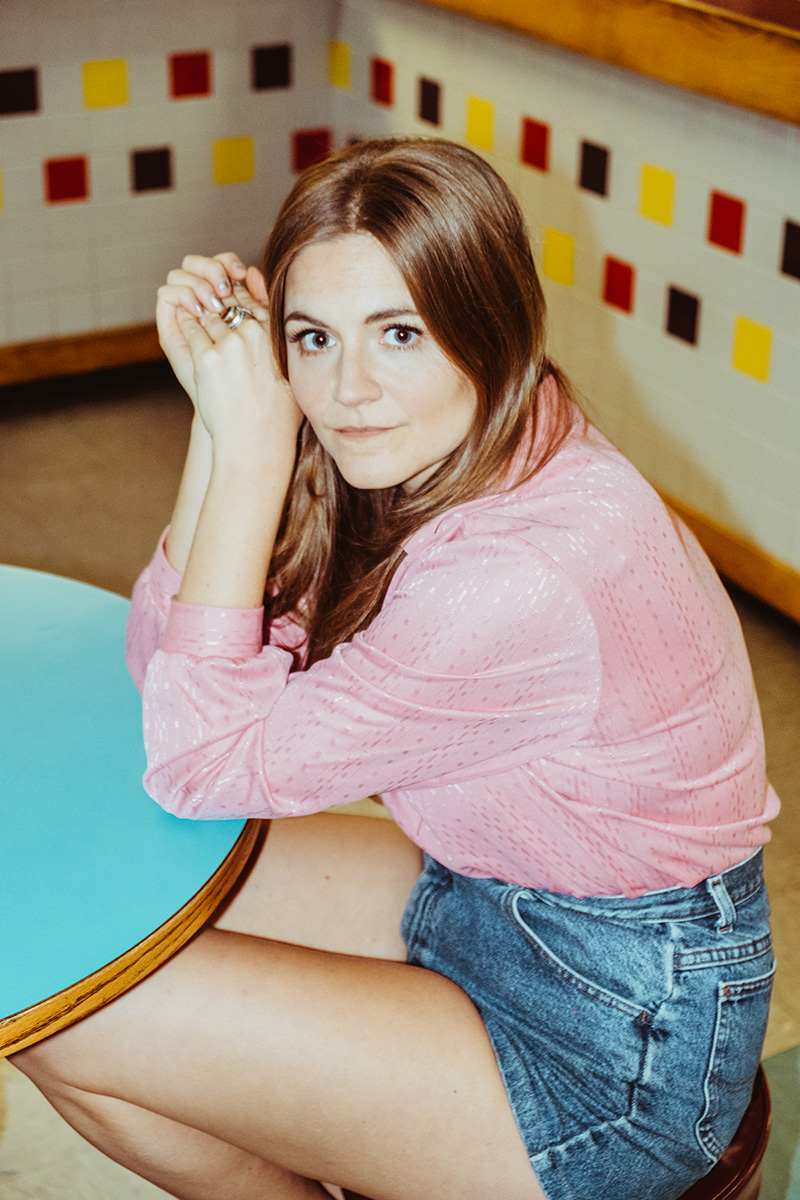 Growing up in Jackson, Tennessee, Erin Rae got an early introduction to folk music at home. Her mom and dad were both part-time musicians, playing their own brand of American roots music at churches, county fairs and coffee shops in west Tennessee. Starting as early as five years old, she would join them for a song or two.

Two decades later, she's still spending her time onstage - this time as the main act. Erin and company released her full-length debut, Soon Enough, independently in the US in September 2015, receiving glowing support from long-time tastemakers at NPR music (All Songs Considered + year's end "Songs We Love" list), Rolling Stone, The Fader, and more. The success of her independent release in the US lead Clubhouse Records UK to pick up and release Soon Enough across the pond in June 2016. With continued support from NPR, BBC, countless music bloggers, and support from fellows in the Nashville community like Margo Price, what might have been a blip on the indie radar has proved to be a career shaping record with life left in it, even a year later.

With her first UK tour under her belt, and another single released last fall (Playing Old Games feat. Pete Lindberg), Erin Rae is kicking off 2017 in a big way. She recently partnered with The Refuge Foundation for the Arts in Appleton, Wisconsin (Cory Chisel + Adriel Denae), to make her second full-length LP. Recorded at the Refuge, a beautiful, historic Franciscan monastery-turned-creative space on Wisconsin's Fox River, the record is set to be released in the fall of 2017, continuing the tradition of songwriting by Erin Rae that is deeply personal, and universally relatable.