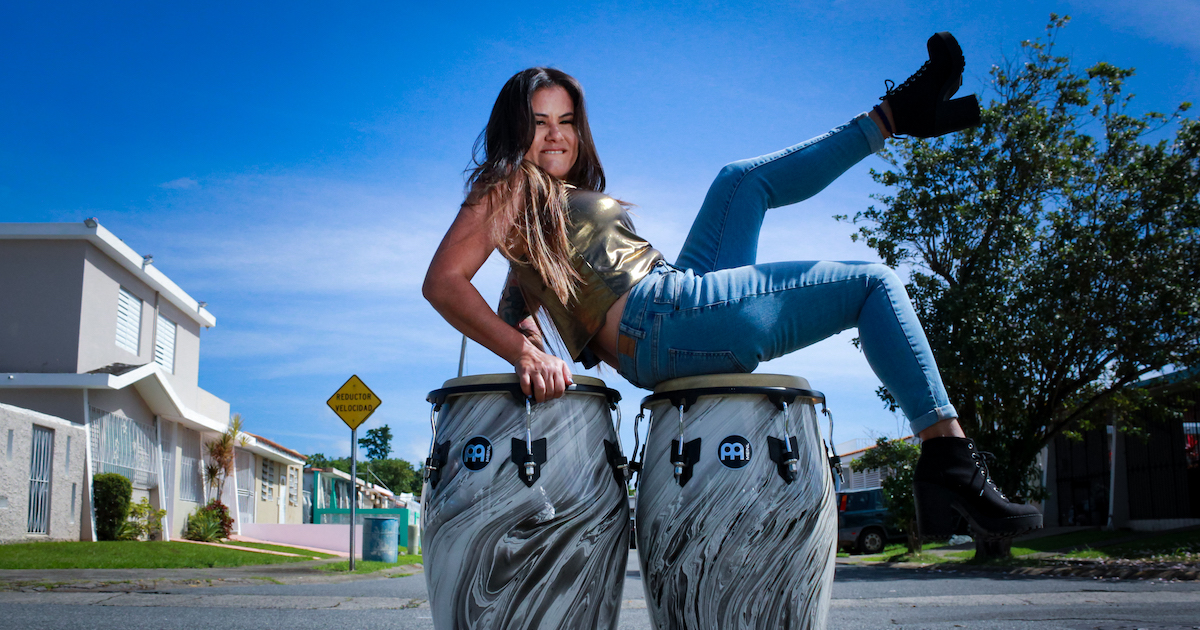 Students will receive a brief history of Bomba accompanied by a demonstration of each of the musical elements that create the Bomba genre. The art of singing, song form, maraca, cuá, barriles and a bit of dancing will be presented. The student will end the workshop with a basic knowledge to play at least two basic rhythms (Barriles, Cuá, Maraca) and an understanding of the community dynamics that they will find in Bomba dances or bombazos.

Ama Ríos is an artist born and raised in Toa Baja, Puerto Rico. Her musical journey began at the age of 6 when she participated in the Preparatory School at “Puerto Rico Music Conservatory” and studied classical piano for the next 8 years. Later, at 19 years old, her curiosity and desire to learn about her roots helped her develop as a dancer, singer, and lead percussionist in the Puerto Rican Afro-Caribbean genre: Bomba.

After a few years playing professionally, Ama decided to formalize her studies and returned to the “Puerto Rico Music Conservatory”. Here she obtained a bachelor's degree in Latin Jazz & Afro-Caribbean percussion.

Ríos is distinguished for directing urban music singer Tego Calderón’s band since 2012. Furthermore, Ama has participated in projects outside of the island as a Resident Artist. Her latest endeavor was at the University of Washington in Seattle where she taught a music course and collaborated with Ethnomusicologist and Professor Shannon Dudley in Community workshops.

Musical projects she’s participated in:
• Tego Calderon’s American Grammy Winning Album “El Que Sabe, Sabe” for “Best Urban Album of the Year” in 2015.
• Barez’s newest album Laberinto del Coco (2017)
• Production nominated for “Best Folkloric Album of the Year” at the Latin Grammys 2018
• Paoli Mejias’s DVD Concert “De Jazzambia a Mi Tambor” (2012)
She currently co-directs and plays in her project, Émina, a female Bori-Mex band with Afro-Caribbean influence and Electronic Sounds which are making waves on an off the island with their eclectic beats.

The Ama Ríos workshop is sponsored by SRBCC.