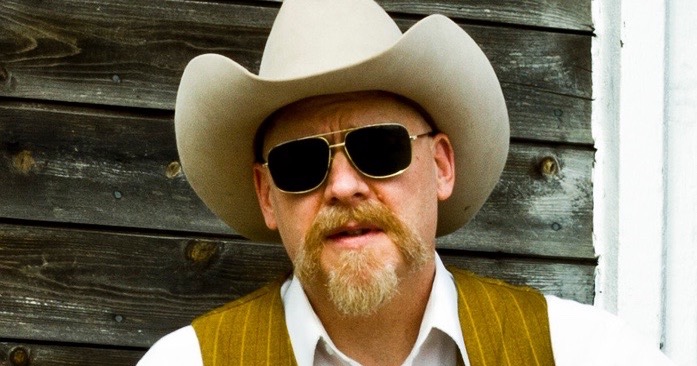 If you are a country music fan, you are probably familiar with the bigger names in the biz, like Hank Williams, Loretta Lynn, Johnny Cash, Dolly Parton, George Jones, Patsy Cline, and Merle Haggard. For every one that reached the top, there were many other great musicians writing, performing, recording, and even charting on regional and national radio. Many of those artists are now largely forgotten. In this discussion, Lawrence Peters, host of radio show “Country, My Way”, on Chicago’s WLPN 105.5 FM, will fill in some of the gaps and oversights in the public’s knowledge of this important genre of American music, using Ken Burns' 2019 documentary Country Music as a springboard. Join Lawrence for ninety minutes of cool tunes, and interesting stories about these under-appreciated country greats.

Lawrence Peters is a Chicago-based country singer, songwriter, and DJ with a music career spanning thirty-plus years. He is an enthusiastic collector and curator of country records, many of which he spins on his radio show "Country, My Way", on Chicago's WLPN 105.5 FM, every Wednesday from 4 to 6pm CST. Lawrence fronts his own honky tonk band, the award-winning Lawrence Peters Outfit, and plays with square dance group The Golden Horse Ranch Band. He is best known for his lead vocal on “The Old Blck Hen”, for Jason Molina’s watershed Songs: Ohia- Magnolia Electric Company album.