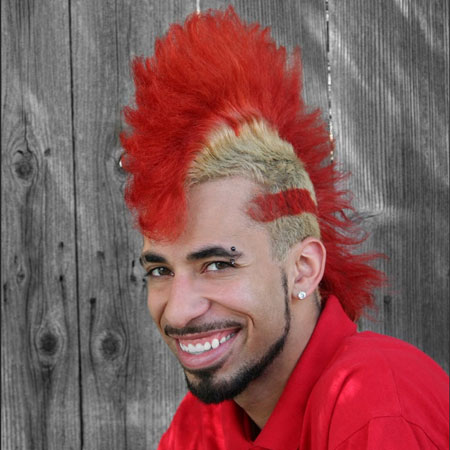 Wesley Owens is a radiant, energetic, and engaging performer, a professional entertainer, and a teacher beloved by scores of students and parents. Mr. Owens attended Indiana University and graduated in 2010 with a Bachelor’s of Science degree in Informatics, a cognate in telecommunications management, and a minor in Spanish. It was at Indiana University that he would ultimately begin his journey toward an impressive future of feats. He’s been a professional dancer since 2008 and has, since then, traveled the country delighting fans young and old. For four seasons, from 2013 to 2017, Wesley enriched the lives of Chicago Bull’s fans as an Incredibull. Incredibulls are the designated fan interaction
squad for the Bulls and they’re one of only two entertainment teams under the Bulls Entertainment Network that appear at every game (the other is the Luvabulls). As with virtually all professional NBA teams, this gave him the opportunity to perform and interact with 10’s of thousands of fans on a regular basis. Before working for the Bulls was a reality, Wesley Owens opened music concerts as a dancer as well as a choreographer. These concerts varied in scope and size and include artists like LMFAO, Mike Posner, Ludacris, Wiz Khalifa, and Big Boi from Outkast. Wesley hasn’t just been limited to stage shows
and live performances either. He was on the television show So You Think You Can Dance (s.11) and also appeared 3 times on the hit show American Ninja Warrior (s. 8, s.9, s.10). Currently, he is a dance teacher at several dance studios in the Chicagoland area as well as a DJ, MC/host, Performer, and coach. He can be found teaching during the week and performing on the weekend. His teaching career began in 2008 and has only grown with each passing year. To date he has hundreds of active students as well as several competition hip hop teams working and growing under his tutelage. With innumerable shows, performances, classes, games, live events and concerts under his belt, he’s got the knowledge to back up the skill.

Started at the Old Town School in February of 2018