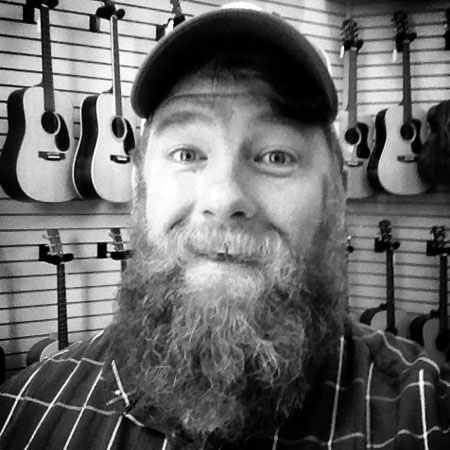 Tim Joyce is extremely excited to be teaching at the Old Town School. Tim has been an employee of the Old Town School for more than 10 years, and is currently the head cheese in the music store. He has performed improv and sketch comedy all over the city of Chicago, and has also performed in the NYC Improv Festival, The Del Close Marathon, and the i3 Chicago/Raleigh Improv Festival.

Tim has studied improv at iO (formerly Improv Olympic), The Second City Training Center, The Annoyance Theater and is a graduate of the Second City Conservatory.

He has produced and directed various comedy radio serials as well as scored short films and commercials. Tim has played in various bands in Chicago over the years and toured extensively with Chicago's Lesser Birds of Paradise.

Tim is very excited to introduce people who may never had a chance to be on stage (with or without and instrument) how exhilarating and fun in can be.

Started at the Old Town School in August of 2000