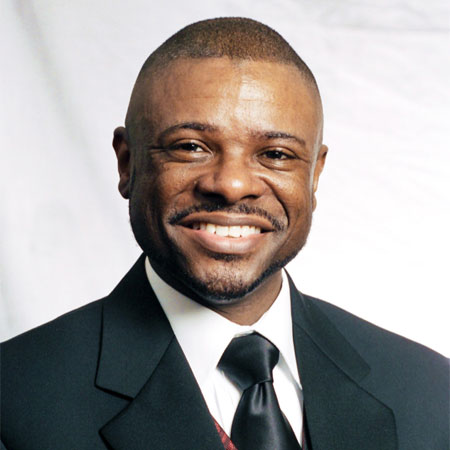 Regarded as an accomplished performer in both the classical and popular genres, Thomas has collaborated with numerous vocal artists including the late world-renowned bass-baritone, William Warfield. In addition, he has performed with various choral and gospel groups such as the All-City Elementary Youth Chorus and the Voices of Resurrection, with whom he toured Vienna and Australia, respectively. Jefferson was a participant in the Eleventh International Chopin Piano Competition in Poland, and has performed as a recitalist across the country and within the Chicago area.

Jefferson is a frequent presenter at national conferences, such as the National Pastoral Musicians Convention (NPM), where he has given workshops and master classes on gospel piano and improvisation.

As a skilled music transcriber, he has transcribed the music of gospel artists such as Kirk Franklin and Walter Hawkins, to name a few. A gifted composer and arranger, Thomas' hymn arrangements and compositions are published by Augsburg Fortress Press, GIA, and World Library Publications.  Currently, Jefferson serves on the piano faculties at the Old Town School at Columbia College and at North Park University as adjunct professor. In addition, he is music editor of the Spirit and Truth series at World Library Publications in Chicago and serves as music director at the Basilica of Our Lady of Sorrows on Chicago’s westside.  Jefferson is author of I Hear Music in the Air: Gospel-Style Piano Technique (World Library Publications) and recorded his first CD entitled Impromptu, a collection of improvisational piano music influenced by several styles, from classical and Impressionist to gospel and jazz. His collection of spiritual arrangements - Let it Shine: Spirituals for Piano, Volume 1&2 is published by WLP.

Started at the Old Town School in October of 2019