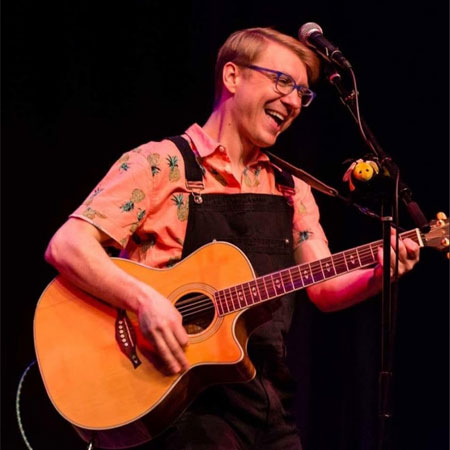 Mr. Nick Davio is a singer/songwriter and teaching artist based in Chicago, IL.
He regularly performs around Chicagoland and throughout the US. Nick’s original music for The Red Kite Project travels to Burlington, VT, Lawrence, KS and Edmonds, WA every year and is geared toward children on the autism spectrum. Much of Nick’s background is working with the special needs population. In 2017, he released his debut family friendly album, Clap With All Your Friends Around And has a new album with Mister John Francisco coming late fall, 2019.

Get in touch with Nick at nicholas.davio@oldtownschool.org.

Started at the Old Town School in February of 2013