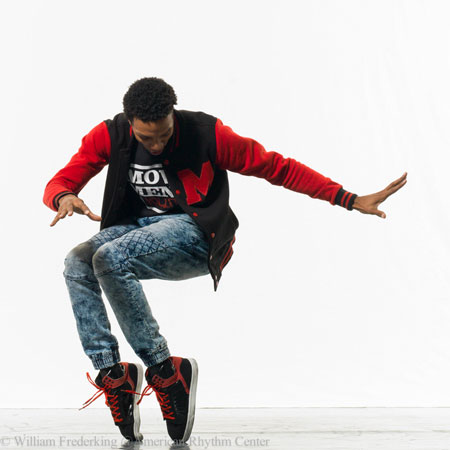 Monternez is the founder and Artistic Director of Movement Revolution Dance Crew. He has been dancing professionally since 2006 and started MRDC in 2010. As a street dancer raised on the south side of Chicago, he began dancing and performing as a child and continues to practice and perform all styles of hip hop dance, break dance and tumbling. As a teaching and performing artist, he has traveled to many cities in the US and across the world such as Jamaica, China, Germany, France, Canada and more dancing and teaching. He has also choreographed for many crews, companies, studios and competition teams across the US, has been featured on America's Got Talent, selected for the USA dance team and competed in the Dance Olympics and is a Guinness Book of World Record holder.

Started at the Old Town School in June of 2019