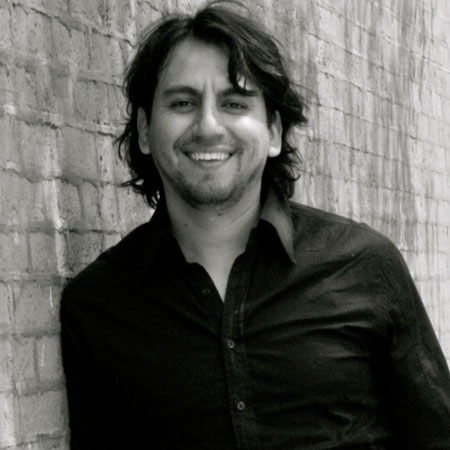 Gabriel is a guitarist, educator, composer, arranger, and producer originally from Argentina.

In 1996, Gabriel completed his studies at the Conservatorio Provincial de San Martin in Tucuman, Argentina. In 2005, after moving to the U.S., Gabriel was accepted to the Jazz Program at the Cuyahoga Community College in Cleveland, Ohio. Gabriel graduated from Berklee College of Music in 2009 with a degree in Contemporary Writing & Production.
Since 1994, Gabriel has played the guitar in a variety of styles such as: Rock, Blues, Jazz, Funk, and Folklore music from South America with Classical influences. Branching out from guitar, Gabriel also plays bass in a flamenco fusion band. Currently, he is playing guitar in Tango and South American Folklore ensembles. Gabriel thrives on collaborating with local artists to produce and play original music throughout the Chicago music scene.

Once established as a musician in Chicago, Gabriel dove into music education, teaching first at non-profits for teenage refugees from all over the world. This experience made him a versatile, flexible teacher, able to adapt lessons to relate to different students. Next, he began teaching guitar to students of all ages in private music schools and after-school programs. Mr. Medina keeps young students focused and motivated on improvement while having a lot of fun.

Currently, Gabriel divides his time between guitar performance and guitar instruction. He is extremely happy to be doing what he loves the most and being able to share his passion for music with his students.

Started at the Old Town School in January of 2014