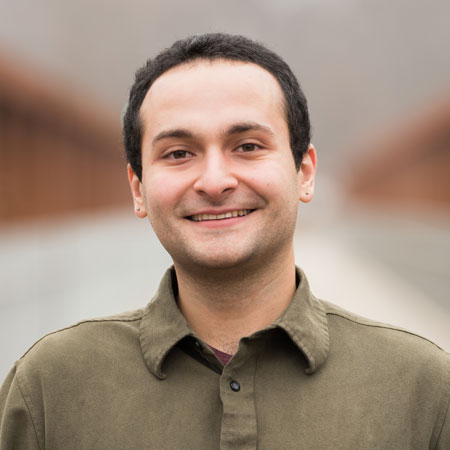 Eck Sierra is a multi-instrumentalist and vocal performer, composer, improviser, arranger, copyist, music director and educator. His musical work began in Caracas, Venezuela, his original hometown, and then continued in the Greater Boston Area where he was able to work on a whole array of different projects independently and in collaboration with many artists. His work as an educator reaches back to 2010, when he bagan teaching woodwinds and piano to students in private and group settings. His own musical education and teaching was founded in the El Sistema movement in Venezuela. His work as a Music Director started with him being an Assistant Musical Director to 'Cinderella (Enchanted Edition)' and 'Fame: The Musical' and Music Director for 'Once Upon a Mattress'. Now in Chicago, his Music Direction has included 'Willy Wonka Jr.', 'The Jungle Book Jr.' and 'Alice in Wonderland Jr.' Eck's passion for education, especially music education, has made him expand his musical career toward teaching; he is inspired to teach, share knowledge, and create music with his students. In his free time, Eck loves to cook, read, and spend time with friends and family. He currently works as a Special Education Classroom Assistant in the Chicago Public Schools District. Eck holds a degree with academic honors from the New England Conservatory of Music.

Started at the Old Town School in January of 2019

Piano 4Ever with Eck Sierra