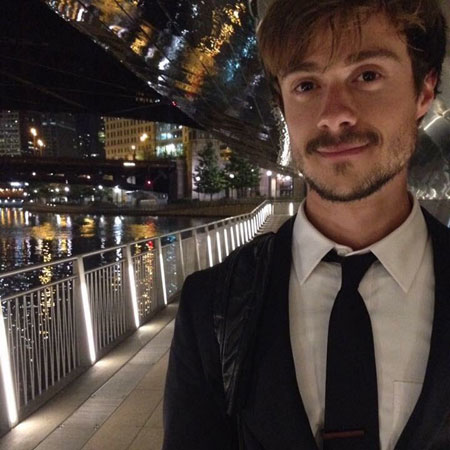 Lessons with Caleb are pretty laid back, with lesson material tailored to each individual student. Whether your goals are to read music, or play by ear, exercises and practice materials are chosen based on the student’s current level, and of course their musical interests and goals. The first lesson always starts with a discussion of the easiest and most healthy way to produce a beautiful sound on the instrument, in a patient and positive environment, filled with the best possible music making to serve as a model to aspire to. With small, attainable goals and the encouragement to practice at least a small amount on a daily basis, you cannot help but improve while hopefully having a good time playing whatever music interests you.  The journey is a bit different for everyone, but anyone can make a beautiful sound, and go from there!

Caleb moved from his hometown of Wichita, Kansas, to Chicago in 2008 to attend DePaul University, where he received his Bachelor’s in Trumpet Performance. He currently performs around the Chicago area and beyond with soul-pop band The Right Now as well as his original funk band Nasty Snacks. He has played in horn sections for Latin, funk, and big-band jazz bands, as well as afrobeat, indie rock, R&B/soul, and hip-hop/rap groups.

He has also played the national anthem for the president at opening night of the Chicago Bulls season, been featured at Chicago Blackhawks games, principal trumpet in symphony orchestras, pit orchestras and in the DePaul Screamin’ Demons Pep Band at Madison Square Garden. Caleb also regularly lends his solo talents to wedding parties and church services. Other musical endeavors include a performance on the Steve Harvey Show, as well as playing trumpet for the Broadway musical I Love Lucy in downtown Chicago!

Caleb has been teaching privately in the Chicago area for 8 years now and is eager to teach students with any amount of experience, especially those who are eager to approach music from a variety of perspectives.

Started at the Old Town School in February of 2017