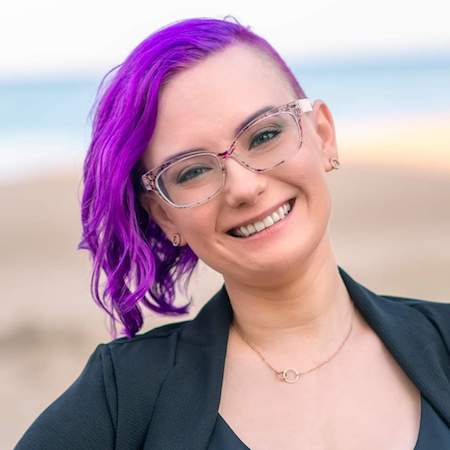 Allison is a Chicago transplant originally hailing from Toledo Ohio where she began dancing at the age of three. She was a competitive dancer for 14 years and graduated with her B.S. in Dance Performance from Illinois State University in 2011. Allison has been teaching dance in the Midwest for over 17 years traveling around Illinois, Ohio, and Michigan sharing her love of the performing arts with students of all ages. In February of 2016, she helped to open Top Note Performing Arts Academy where she is currently on staff as head choreographer and assistant stage manager. Current Teaching credits include: Old Town School of Folk Music, Le Ballet Petit, Design Dance, and Chicago Loves Dance. She is also a certified Youth Protection Advocates in Dance (YPAD), Right At School, and Virtus educator. Allison is also a certified instructor with Rhythm Works Integrative Dance (RWID) and has done coursework focused on creating trauma informed classrooms that integrate SEL framework into the curriculum. Previously Allison was a member of the Artistic Board and choreographer with Innervation Dance Cooperative(1998-2019) for three seasons as well as a performer with the company for six. Other dance credits include: Body Movin Dance, IDC S.P.E.A.K.S., The Subconscious Development Motion Project, The Monocle Eclectic Dance Company, and a number of independent choreographers. She has most recently performed original works at Tiffany Lawson Dance’s Summer Shorts, The Emergence Choreographer’s Showcase, RADFest, Kaleidoscope Choreographer’s Festival, and Dance Chicago in addition to her work with IDC. Allison is a certified fitness instructor in Zumba and Barre fitness formats. She is thrilled to continue to grow with the program in her new role as the Dance and Movement Coordinator!

Started at the Old Town School in August of 2016