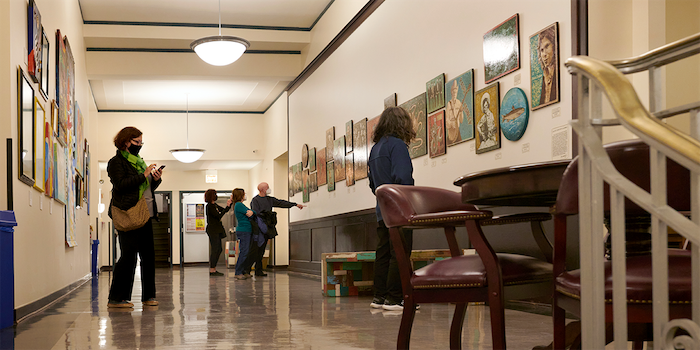 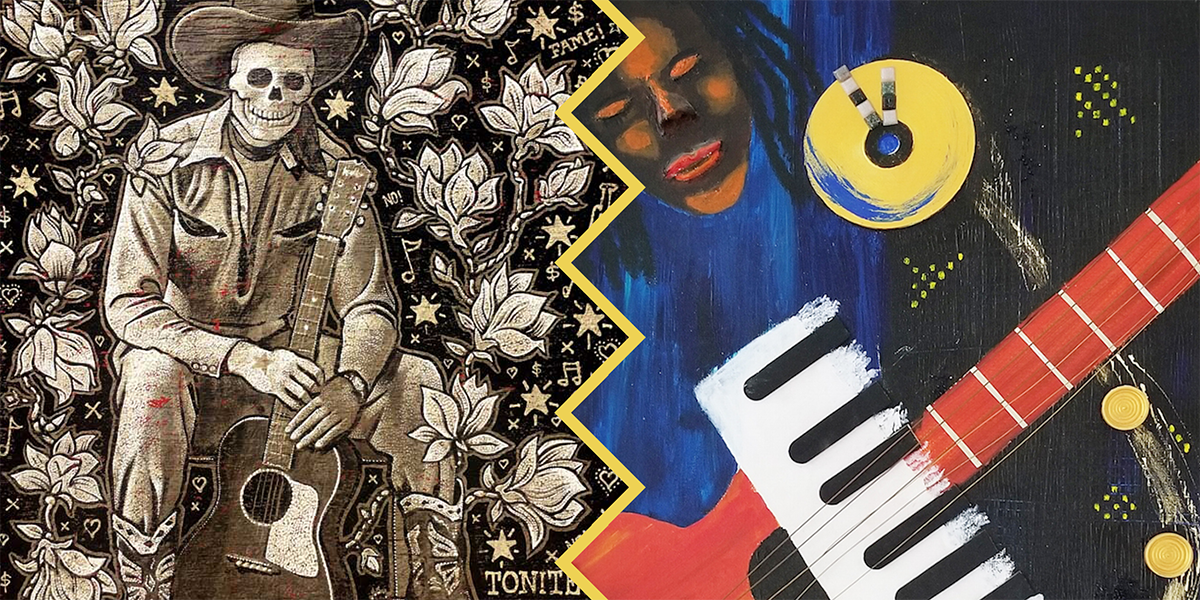 Two incredible, Chicago-based artists, Jon Langford and Robert Irving III, display their visual art together in this very special exhibit. Langford, known worldwide for his long-running band The Mekons, and Irving, a jazz luminary who played piano with Miles Davis, are also both acclaimed artists with distinct styles that complement one another at this limited engagement in the Old Town School’s Harris Gallery at the Lincoln Square campus.

This is a free event and open to the public but registration is required. Once registered, you are welcome to view the art at any time during open exhibition hours. Please check in at the door of our 4544 N. Lincoln Ave. building.

Please note: Proof of vaccination is required for attendees ages 12 and up or a recent negative COVID-19 test for entry to all in-person events, concerts, and classes at Old Town School of Folk Music.

Prints and original art from the exhibit are available for purchase through the Old Town School Music Store.

Welsh-born Jon Langford, the original drummer for the punk band the Mekons, stands as a leader in the movement to incorporate folk and country music into punk rock. Langford has released numerous recordings as a solo artist and with other bands, most notably the Waco Brothers, Skull Orchard, Four Lost Souls, The Three Johns, Men of Gwent and The Pine Valley Cosmonauts. Since moving to Chicago, Langford has been active in the music scene, lending his services as a musician, producer or visual artist, or collaborating with like-minded artists (Dave Alvin, The Sadies, Otis Clay, Bonnie Prince Billy, Steve Earle, Andre Williams, Neko Case). Langford is also a prolific and respected visual artist best known for his striking portraits of country music icons and darker more allegorical themes. He has shown his artwork and performed at Yard Dog Folk Art in Austin Texas every year twice a year since 1996. In 2015 Jon was the artist in residence at the Country Music Hall of Fame and Museum in Nashville TN. Nashville Radio, a book of Jon's artwork and writings, was published by Verse Chorus Press in 2006 and was followed in 2011 by Skull Orchard Revisited, a book and CD about his roots in South Wales.

In 1988 while working on several oil paintings Davis told Irving, ” A painting is music you can see and music is a painting you can hear (encouraging Irving to paint). At this time there was no interest or skills towards this pursuit. In 1996, five years after the departure of Davis, Irving observed that his son (now electronic music producer, Jeremiah Jae) showed signs of being an art prodigy. Irving thought, “Maybe it’s, somehow in his genes and, thus, my own.” This began his foray into visual arts.

Please note: Proof of vaccination is required for attendees ages 12 and up or a recent negative COVID-19 test for entry to all in-person events, concerts, and classes at Old Town School of Folk Music.